I thought I would take some time to do a quick post on my thought process and what (little) research has gone into these drafts.

It’s shown a little bit in my last post where I show my comments and thinking with my edits, but there’s still a lot of thinking going on behind the scenes, as well as a fair amount of googling, which I wanted to show in some way.

Let me start from the beginning… 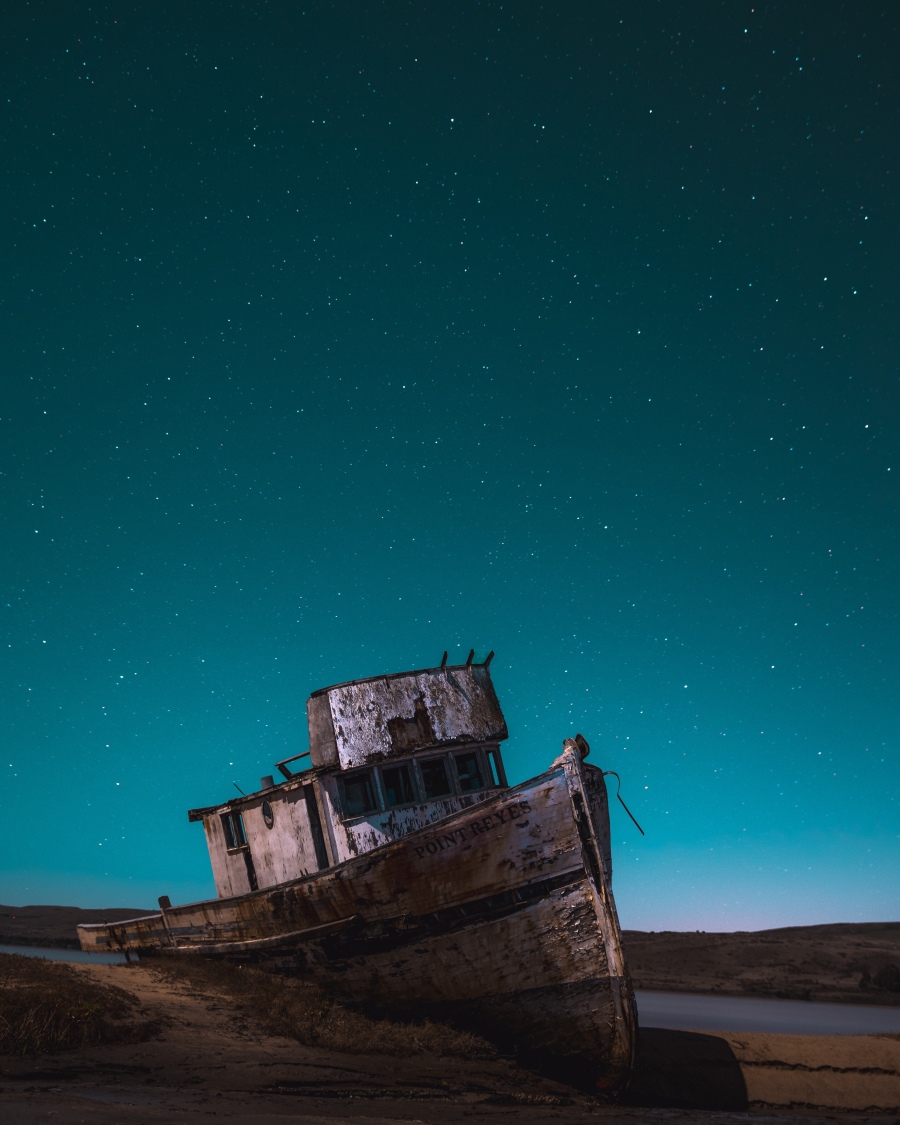 The main things which struck me upon seeing this picture were the decay, what looked like a desert, and the stars.

You’ll know from my first drafts that apparently betrayal was a main element as well, though lurking in my subconscious, because both drafts feature betrayal as the main twist. I’m not certain why that is, or whether it’s actually a response to this picture specifically, or something else in my life, but these stories wanted to be about betrayal.

Something else which features in both my drafts is a reference to the Greek myth of Tantalus. 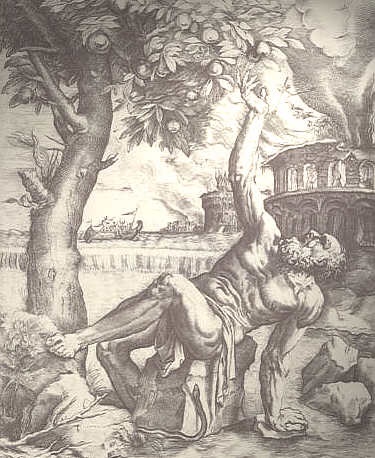 Tantalus not only stole ambrosia from the gods, but he killed his son and tried to serve him to the Greek Gods for dinner. Tantalus was punished in hell for this sin, parched and starving, having food and water forever just out of his reach. This myth is where the word “tantalize” comes from.

I grabbed onto this myth when I was searching for planetary names in my first-first draft, and it struck me as a good choice because I thought of a planet which had been sucked dry from greed. Where millions perished from the greed of a few.

If you think I’m alluding to what our species is doing to our own planet currently, you’re not wrong. It was in the front of my mind when I was writing that story.

My second-first draft has interesting similarities.

Similar themes of betrayal, greed, and something being tantalizingly close also surface. This wasn’t intentional, but I am a pantser – definitely for short stories, and only keep vague outlines for my longer works – and apparently they’re on my mind.

I do reference an apocalypse of some kind, though not what, but it’s more in a reference to the ability of cockroaches to seemingly live forever.

The cockroaches were inspired by my real-life house invaders because I live in the south and it’s “water-bug” season. This means there are 3-inch long cockroaches who squeeze into my house at night during the summer. They are also on my mind – nightly.

I also liked the juxtaposition of something super tiny with a short lifespan and something very large and seemingly eternal, like a star.

This is where I chose the story I was going to continue with and went through my editing process.

I needed to flush out the characters, and for that to happen I needed to know a bit more about their environment.

Rolf started as the smart and clever one, but he needed more depth and I decided he was also more of a rebel and a bit greedy.

If he’s a rebel, what’s he rebelling against?

If his greed ties into his rebellion, what kind of social structure would make the most sense for both his greed to be a form of rebellion?

Some sort of socialism is what I initially thought of. I also liked the idea of it working with “insect culture” because they’re a colony of roaches, and a colony denotes a certain amount of socialist behavior in my mind.

I decided I wanted some quotes to work off of, so I googled socialism quotes… you’d be surprised how much right-wing stuff comes up. Either way, I didn’t find anything very useful. 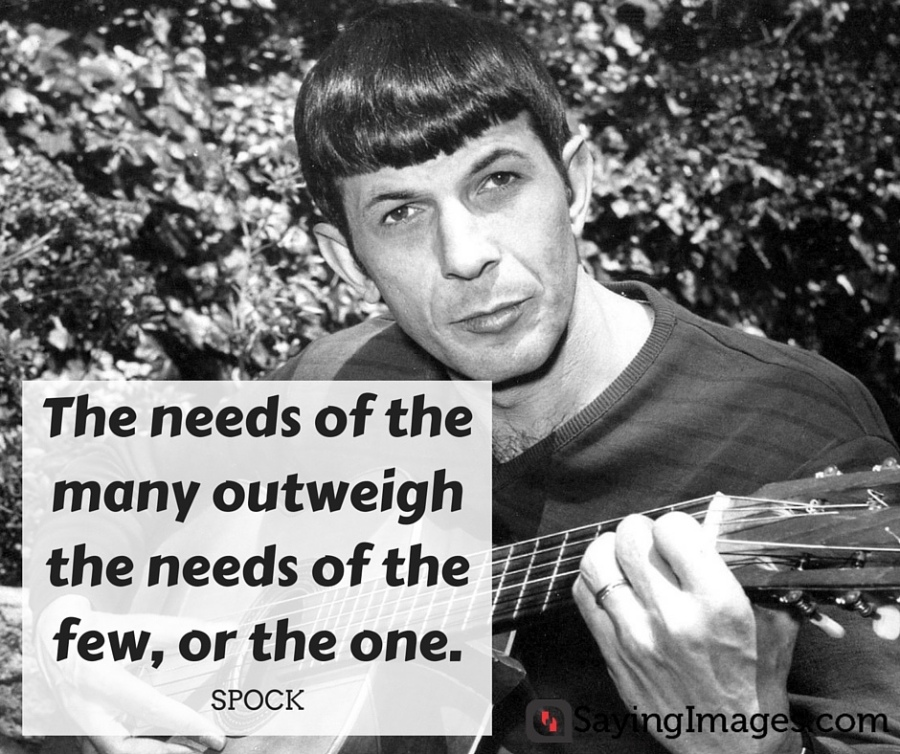 Apparently this is a Star-Trek quote from Spock. I was a little shocked, but it does fit with the Vulcan ideology. Apparently somewhere in all my trek-watching days, I internalized this quote and attributed it to some historical socialist leader.

What also came up was the Wikipedia page for Collectivism: 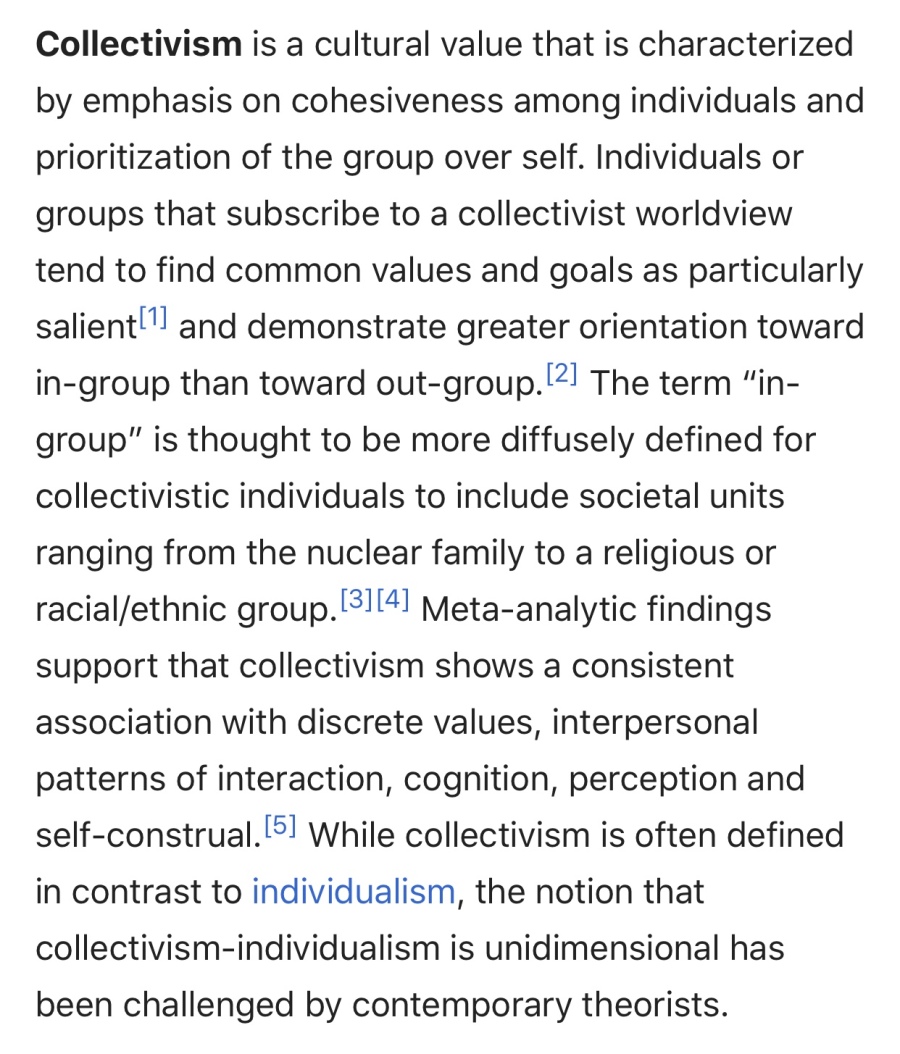 This was exactly what I was looking for. A social construct which emphasized the group over the self.

I used my research on collectivism to come up with some quotes of my own to represent the Colony:

“Scavenging without a Harvesting Team is scavenging for death.”

I created quotes which would be useful for their situation as well as to tie back to the stars referenced for juxtaposition.

This is the type of society which Rolf would rebel against – particularly if they dismissed his ideas. I think if they praised him, he would be the type of character who would be the first to support the leadership, but because he is dismissed, he rails against them.

This is where my main character, Bob, comes in as the antithesis to Rolf in many ways. Their differing viewpoints create conflict and I wanted him to espouse the ideals of the society, even if he was currently going against them. He follows Rolf because Rolf is interesting and thinks differently. Bob has never much conviction, and isn’t a very brave character. He relies on others to dictate his life, which is why he constantly quotes the Colony’s ideals.

It’s this character trait of Bob’s – internalizing the ideals of others to define himself – which leads him to kill his friend. It might seem out of character at first glance, but it is Rolf’s insistence that individual survival is the most important thing which sets Bob’s betrayal in motion. 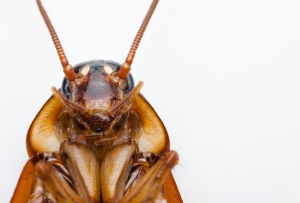 Other things I googled were a lot of synonyms. This is typical for me during editing because otherwise I will have 5 of the same word used in three paragraphs if I don’t.

It’s also very useful for cutting down word counts because why say something in three words when there is one word that means the same thing!

I’m not sure how helpful it is for writing craft, but I’m trying to make sure I show every piece of my process – even the processes which take place mostly in my mind.

At the very least I hope you can see that my choices for characterization, world-building, and thematic explorations have been intentional – at lease once I had my first draft done.

Keep up with the other writers:

This site uses Akismet to reduce spam. Learn how your comment data is processed.